You are here: Home / Training Supplements / It’s All In the Timing – Pre/Post Workout Nutrition 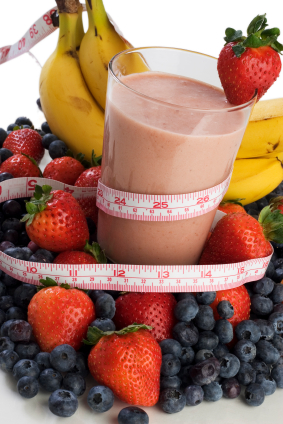 What’s so important about getting on top of your workout nutrition? Read Will’s Article below…

Most people are aware that nutrient timing is as important as nutrient composition. In other words, it’s not just what you eat, but when you eat it that gives optimal results. As the man says, “Timing is everything.” Consuming the right foods at the right time can have positive effects on body composition: which means more muscle and less body fat.

Health-conscious people are told to avoid simple carbohydrates, and for good reasons. It’s not true all the time and in every situation, however. Following a heavy workout, there is a metabolic “window” – so to speak – where the body preferentially shuttles glucose into the liver and muscles to replace lost glycogen via both insulin-dependent and non-insulin-dependent transport mechanisms. Translated, this means your body will shuttle carbs and protein into the tissues you want (muscle) instead of storing them as fat after a workout.

To carry the analogy further, the metabolic window doesn’t stay open indefinitely, so you need to take advantage of the opportunity while it lasts.

Research looking at the issue has gotten a great deal of attention in the sports nutrition world. One particularly interesting study, “Timing of amino acid-carbohydrate ingestion alters anabolic response of muscle to resistance exercise.” (Am J Physiol Endocrinol Metab 2001 Aug;281(2):E197-206), compared the anabolic responses to a carbohydrate and amino acid supplement taken either before or after resistance exercise. It’s counterintuitive to think taking in these nutrients before the workout is superior to post-workout, but according to this small study:

Since this study was published, several researchers have proposed that providing amino acids/protein and carbs both before and after a resistance workout represents the best of both worlds. This is the premise of the book “Nutrient Timing” by John Ivy and Robert Portman. They present compelling evidence that the right mixture of nutrients, taken at key points in the muscle growth cycle, will optimize improvements in muscle growth, strength, and power, as well as enhance recovery from exercise.

Overall, there’s a solid body of scientific evidence to support using a blend of fast-acting carbs and amino acids/protein for both pre- and post-workout nutrition. It’s definitely a “hot” topic among sports researchers. It’s also a topic that seems to create endless speculation and conversation with non-scientists looking to get the most of their time in the gym. Everyone wants to hear the latest word, it seems.

So what’s the latest word?

The place to discover cutting edge research on a topic is to attend conferences where researchers present their most recent findings. This is a much faster way of getting current info than reading scientific journals, as it can take many months (even years!) to publish the work researchers submit for review and publication.

Each year, I attend various scientific conferences that apply to my interests, research, and business. This year I attended the International Society of Sports Nutrition (ISSN) conference in Las Vegas. The ISSN is a relatively new organization and this was their third conference to date.*

A session on the role of nutrition in exercise and recovery was particularly interesting. One standout study**, “Effects of protein and carbohydrate on anabolic responses to resistance training” looked at the effects of carbs, creatine, and whey – taken alone and in different combinations – on LBM and/or strength. The conclusion was that the combination of all three (whey, carbs, and creatine) was the most effective and that there appeared to be a true synergism between these nutrients. This study also confirmed that these nutrients, taken both before and after training, have a greater effect on lean mass and strength than when taken at other times of the day. I don’t think that comes as a big surprise to most people “in the know” about such things, but it’s good to see it confirmed under controlled conditions.

The take home lesson is this: if you want to optimize your nutrition to gain muscle mass and strength, it’s vital to consume a combination of fast-acting carbs and protein during the workout “window.”

Here’s what I recommend: mix 30-50g of high quality whey with 75-100g of high GI carbs (such as glucose, maltodextrin, etc.,) and 3-5g of creatine monohydrate and drink half immediately before you hit the gym, and the other half immediately following your workout.

To make it extra simple, I use a pre-made carb drinks (e.g., TwinLab Ultra Fuel, etc.) and add the whey and creatine to that and mix it up. You can “roll your own” of course by buying various carb powders in bulk. I just like the convenience of the pre-made carb mixtures myself.

As you can see, I don’t use a complicated formula for the amounts of protein, carbs, and creatine to take pre- and post-workout. Why? Because – while focusing on such minutiae would make me look smart – it probably won’t have any effects on you. Following the K.I.S.S. (“Keep It Simple, Stupid”) system works best here. The above formula is more then sufficient to supply the nutrients required to take advantage of the metabolic window. Some people take it a step further by dividing the formula into three parts, to be consumed before, during and after the workout, but I don’t see the need for that either. I doubt there are any real benefits to it, but more research is needed there.

This isn’t a miracle mixture, of course. If your training and/or nutrition over the rest of the day aren’t up to snuff, this pre- and post-workout drink won’t make up for those shortcomings. In conjunction with a good training program and diet however, combining pre- and post-workout nutrition will clearly add to your success. And remember, it’s not rocket science, so don’t make it any more complicated then it needs to be.

*I recommend that anyone interested in the topic of sports nutrition – lay person or scientist – should join the ISSN.* Visit their web site at http://www.sportsnutritionsociety.org for more information.

About the Author – William D. Brink

Will Brink has over 15 years experience as a respected author, columnist and consultant, to the supplement, fitness, bodybuilding, and weight loss industry and has been extensively published.Will graduated from Harvard University with a concentration in the natural sciences, and is a consultant to major supplement, dairy, and pharmaceutical companies.

Will was a former high level trainer with a rep for getting Olympic athletes, bodybuilders and fitness stars into shape and has gained a reputation for being a no “BS” industry insider who’s not afraid to reveal the lies and hype found in the fat loss , muscle building & supplement industry.

He has been co author of several studies relating to sports nutrition and health found in peer reviewed academic journals, as well as having commentary published in JAMA. William has been invited to lecture on the benefits of weight training and nutrition at conventions and symposiums around the U.S. and Canada, and has appeared on numerous radio and television programs and now runs seminars for tactical law enforcement (SWAT).

He is the author, of Bodybuilding Revealed which teaches you how to gain solid muscle mass drug free and Fat Loss Revealed. which reveals exactly how to get lean , ripped and healthy completely naturally. Both e-books come with access to his private forums and numerous tools to aid you in either endevour.

Find out more at Bodybuilding Revealed or Fat Loss Revealed.