You are here: Home / WeightLoss / My Rant About the Biggest Loser – Sc**w The Scales! 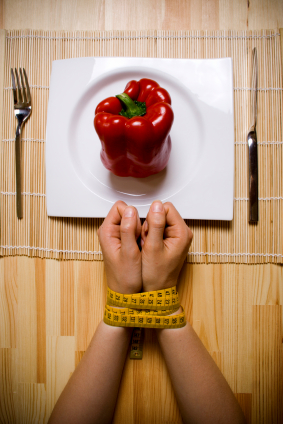 To be straight up…

I don’t really get into reality shows. However my hairdresser is a reality show fan freak!

After her going on at me that I should watch the Biggest Loser because this season apparently rocked I figured I’d book it into my schedule.

Boy was I pissed when I saw the following…

I have a real issue with encouraging folk to focus on the scales.

I saw a guy who has obviously lost a substantial amount of weight, increased his fitness level through the roof – both of which are huge and admirable achievements – apparently he / they train several times per day – anyway he had put on a couple of kilos in the “weigh in”.  The poor guy was absolutely guttered!

This man who has been slugging his guts out for weeks looked like has was ready to break down and cry. Making some comment about “the scales never lie” (I’m gathering that’s a quote they use on the show?) and that he couldn’t understand after everything he had done how he had gained weight. The other contestants were just as gob-smacked expecting him to have lost a considerable amount due to his strict commitment to his training and eating plan.

I felt like reaching into the tv and giving him a hug and then telling him that relying on scales is a pile of B.S.!

Take his measurements (with a tape measure) – seeing if his midsection / waist, his chest, thighs or upper arms had reduced? Did anyone do skin folds on him (measure his body fat percentage) to see if his body fat had reduced? Did they take into account his lean muscle he may have gained?

Nope! It was the scales and the overall percentage of body weight lost.

Look, I understand this show is about losing the most amount of weight, trying to inspire overweight folk to lose weight and of course it’s a competition and a reality show – but seeing these poor people shattered feeling like they’ve failed (despite their wonderful and enormous accomplishments) due to something the “scales” tell them… is appalling and disheartening.

When I was working as a personal fitness trainer I had so many clients come to me that were addicted to the scales. It was hard work trying to get them to realise that it’s not all about scales – far from it.

My advice, kick your scales to the curb.

Only use them only once in a while as a guide – eg… in calculations for lean body mass. There are so many more precise and effective ways to monitor your progress than just relying on your actual weight and the scales.

If you’re looking and feeling lean, fit, healthy, fitting into your goal clothes the way you want and kicking ass with your training…  then screw the scales!

The scales don’t make, justify or determine your results – you, your hard work and efforts do!

Happy Training!  And I’m going back to NOT watching reality shows. 🙂

PS. Feel free to have your say below… no doubt we’ll get some interesting feedback. 🙂