You are here: Home / Healthy Eating / Healthy Carbohydrates and Fat Loss: Clearing Up The Confusion 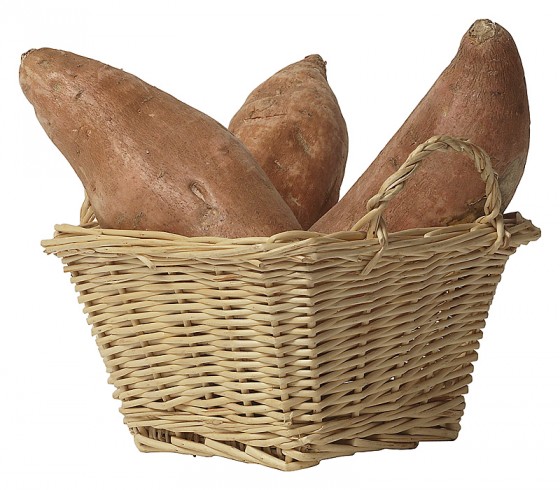 Part 1:
No other nutrient out there is surrounded by more confusion, hype and contradiction than the all-too-famous carbohydrate. Are there healthy carbohydrates? In one quick answer… yes.

Over the last decade a virtually endless amount of advice, fad diets and hard-fast rules have been put into place regarding proper carbohydrate consumption. As a result, most average beginners have been left clueless and without any rational guidance on the topic.

In this 2-part article I will attempt to provide a very basic and straightforward framework to help you choose which sources of carbohydrates to include in your fat burning diet. This will simply be a broad, overall examination of the topic in order to keep things as easy to understand for you as possible.

So… what exactly IS a carbohydrate?

Whether you consume a plate of spaghetti noodles, a bowl of grapes or a chocolate bar, carbohydrates will always eventually be broken down into their simplest form: glucose.

The main function of glucose is to provide fuel for your muscles and brain in order to carry out your daily tasks.

While the end product of all carbohydrates is the same, it is the manner in which they reach that final end product that is important to us in terms of burning fat.

When you eat foods containing carbohydrates, the body will digest and break them down into glucose, which is then released into the bloodstream to be used as a source of fuel. The main difference amongst different carbohydrate sources is the speed at which the sugars are broken down for use.

Some carbohydrates raise blood sugar levels quickly and sharply, while others are broken down and released at a slow, gradual pace.

As a person looking to burn body fat and maintain high levels of energy for your workouts, your primary goal when consuming carbohydrates is simple: keep blood sugar levels consistent and balanced.

It’s all related to insulin, which is a hormone that controls the amount of sugar in the bloodstream by moving it into the cells of the body.

When you consume carbohydrates that are broken down quickly, the body must release a large amount of insulin in order to compensate. The insulin will remove the sugar from the bloodstream very quickly, which will then result in lower-than-normal blood sugar levels.

Low blood sugar levels will result in feelings of tiredness and fatigue, and will also produce hunger pangs which can then lead to binge eating.

In addition, high levels of insulin increase the body’s rate of fat storage. When insulin is present in large amounts, fat cannot be used as an energy source by the body due to a rise in enzymes that prevent fat mobilization.

To put it simply…

When you consume carbohydrates that raise blood sugar levels quickly, you end up in a constant cycle of sharp rises in blood sugar followed by dramatic falls. This inhibits your ability to burn fat and throws your energy levels, appetite and mood completely out of order.

Because of the above-mentioned facts, the ultimate goal of proper carbohydrate consumption is to stick to meals that keep blood sugar levels balanced. This is accomplished by focusing on food sources that are broken down and released gradually in the bloodstream.

By always maintaining steady blood sugar levels, your body will remain in a continual fat burning state, your energy levels will remain peaked, and your appetite will be kept under control.

We have now established what the GOAL of proper carbohydrate consumption is, and in Part 2 we will discuss which specific sources can help you achieve that goal…

Part 2
In Part 1, we established that the ultimate goal of effective fat burning carbohydrate consumption is to keep blood sugar levels consistent and balanced. In doing so, insulin levels will remain under control, the fat burning metabolism will be maximized and the body’s energy levels and mood will remain elevated.

The only issue now is to determine which sources of carbohydrates will aid us in achieving that goal. This is where things get a bit trickier, as there are several factors that need to be addressed.

Carbohydrates are essentially broken down into two main categories: “simple” and “complex”.

Carbohydrates are basically “rings” of carbon/hydrogen/oxygen, and it is the number of rings and the manner in which they hook together that determines whether they are simple or complex.

This brings us to a more accurate tool: the glycemic index.

Rather than focusing on the notions of “simple” and “complex”, the glycemic index evaluates the rate at which carbohydrates raise blood sugar levels by assigning them a ranking between 0 and 100.

While the GI is a more accurate criteria to use as opposed to the “simple” and “complex” method, the drawback is that each ranking is based on that specific food source consumed on its own in a fasted state.

We never consume carbohydrates on their own (in order to maximize fat loss they should always be combined with a lean protein source), and we rarely ever consume them in a fasted state.

This is very important, because when carbohydrates are combined with other food sources (such as proteins and fats), their GI properties can be dramatically altered.

So while the glycemic index IS one useful tool that can be utilized as part of the overall picture,
relying on it as the sole means of carbohydrate selection is an obvious mistake.

Natural carbohydrates are simply those which have not been modified and still contain the whole grain, including the bran and germ. These sources are high in fiber, take longer to digest, are more nutritious, will keep you feeling full for longer, and have a negligible effect on blood sugar levels when consumed as part of a balanced meal.

To determine if a carbohydrate source is natural, look for the first ingredient on the package to be whole wheat flour, brown rice, rye flour, barley, or oats. Terms such as “rice syrup”, “corn syrup”, “sucrose” and “brown sugar” all indicate that the source has been refined, as does any product made from white flour.

As you can see, there is more than one criteria to be used when choosing fat burning carbohydrate sources.

1) Refined carbohydrate sources of any kind should be avoided.

2) Unrefined starchy carbohydrate sources are fine to consume as part of a balanced meal.

4) Fruit sources on the medium to lower end of the glycemic index are acceptable with a maximum of 2-3 pieces per day.

5) Low fat and non-fat dairy products are fine to consume in moderation.

With all of that in mind, here is a basic list of carbohydrate sources to include in your fat burning diet…

Carbohydrate sources that should form the bulk of your diet

Carbohydrate sources that should be consumed in moderation

Hopefully by now you have grasped the basics of carbohydrate consumption and understand which food sources are best to include in your diet and why.